First published in 2009 by Scholastic


The past few years it seems to be a trend for me to choose one wildly popular paranormal romance and take it with me to read on summer holidays. Perfect for lazy days at the beach, a bit of escapism, and a chance for me to, at my leisure, see what all the fuss is about. This year it was Shiver, by Maggie Stiefvater, and it’s probably been the best of the lot. Shiver managed to be enjoyably predictable but page-turning, to keep my frustrated sighs and frequent eyerolls to a minium, and to put the story before lame set-ups that just give the main character an excuse to stare lovingly at her destined and know it was meant to be because the way he flicks his hair is just so damn sexy.
Grace has alway felt a connection to the wolves in the woods behind her house. In particular, she has an afinity with one yellow-eyed male who seems to be as much besotted with her as she is with it. Naturally, (I mean, this is paranormal romance) he turns into a boy for a short time each year, but only for so long – soon he will be a wolf for good. Sam must now fight to stay human so he can be with Grace, but, as they say, true love never did run smooth. There are a few things that stand in the way (jealous she-wolves, rabid wolves, wolf-hunts, uh, the weather) before the two can claim their happily-ever-after. 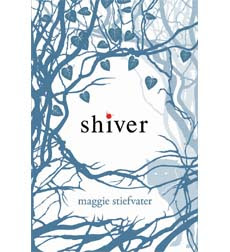 Look, there’s nothing really that new here, but Shiver is nicely written and the story is involving; Sam’s whole man-versus-beast-within struggle provides a nice diversion from the central love story that it serves. The writing mostly avoids cliche, Grace is a bit more likeable than the usual para-romance heroine, and there is some good stuff about family and pack relationships. I also liked the love story because the two characters serve a greater purpose for each other than just being attractive and predestined – in other words, you can see why they like each other, and they help each other with new ways of experiencing and observing the world. This helps them to be better people as a whole – something important that I feel is missing from paranormal romance, as the whole experience usually seems to bring out only the worst and most annoying habits of the so-called ‘soul-mates’.
Something I really enjoyed was how the character of Isabel was done. It is a good example of not only making the ‘bitchy’ or ‘enemy’ character two-dimensional, but also giving her character space to become genuinely funny and endearing and making her one of the more enjoyable parts of the book. The scene where she is searching for Sam in all the sheds on her property is quite hilarious. It is these kind of touches that lifted the book above the norm for me.
This one is a worthwhile read. It is also perhaps the only trilogy/series type of paranormal romance that makes me actually want to read the next books. So well done Stiefvater.

Posted by Samantha-Ellen at 9:47 PM 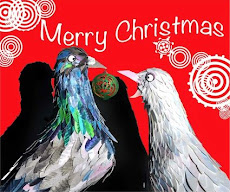 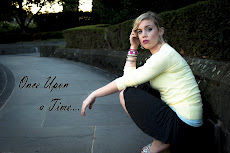